Be moved. Be changed. Love because you are loved. 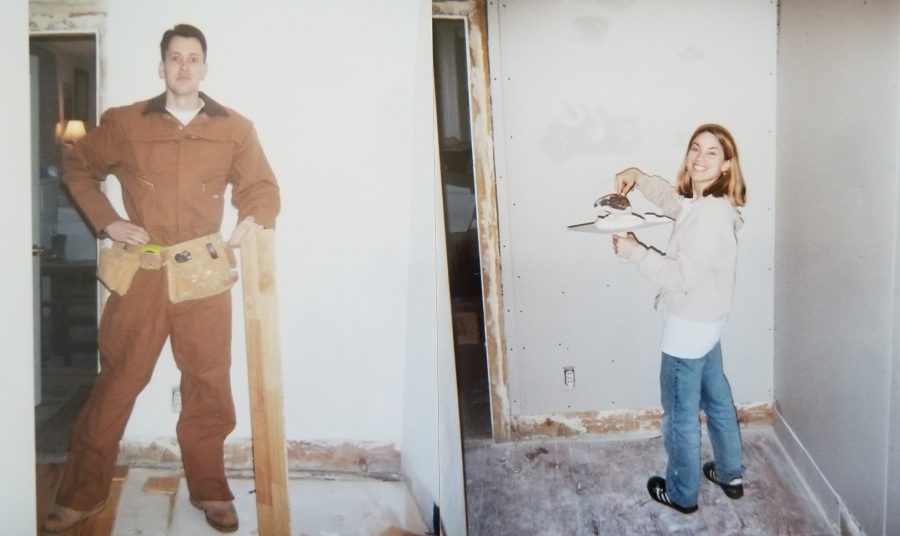 Don’t Stay in the Safety Zone

My husband and I bought our first home within a few months of getting married. We were excited, a little scared, and definitely a bit naïve when it came to owning a three family and managing tenants. Our first obstacle came when no one was willing to move out of the house we purchased and planned to dwell. We sent notices to quit, but no one was willing to pack up. We even offered them significant money to leave, but no one would budge. Meanwhile, the lease on the apartment where we were renting was up. We owned a home but somehow were homeless.

We did the only thing we could. We retreated to a safe spot. We moved in with John’s parents while we navigated the eviction process.

Last week I talked about rope swings and how we need to be all in like Peter, but even Peter had to retreat to a safe spot. It was a scary time after Jesus died. Jesus had been their leader and Peter’s friend. Jesus had been here to save the world, but he’d just been crucified. Now, what were the disciples to do? Not only that, but Peter struggled with the grief of having denied Jesus, not just once, but three times after Jesus foretold it. Peter “the rock’s” life had been rocked. So, he went back to what he knew best – fishing – to absorb and regroup. Peter rowed the boat back out, tossed the nets overboard, and went back to being a fisherman.

We may often do the same. Go back to safe ground. Take a step back to gain perspective. But we are not supposed to stay there. It’s okay to stop to take a breath, recharge, get our barrings, but then get back on track. When Jesus came to visit Peter after His death, Peter was fishing with some of the other disciples when Jesus called out to him. Peter didn’t recognize him, but James did and whispered to Peter, who then dove overboard and swam to shore. It was not God’s plan for Peter to go back to being a fisherman, so Jesus called to him and told him three times to feed His lambs.

After Jesus ascended to heaven, Peter boldly spread the good news to thousands of people, both Jew and Gentile. He became the spokesman of the apostles and the rock upon which God built his church.

My husband and I knew we weren’t meant to stay living in his parent’s house. It was a temporary place for us to develop and execute a plan. We eventually moved into the multifamily home and eventually into a single-family home. And now we are often giving real estate advice to other young couples looking to purchase their first home.

Many of us want to stay in the safety zone, doing what’s known and comfortable, but that isn’t God’s will for us. There will be obstacles, but those problems help us to mature. God has great plans for us, but we will never know the sweet reward of stepping out in faith and the joy of walking in God’s will if we continue to stay living in our parent’s basement.

Check out my book trailer for Beacon Hill